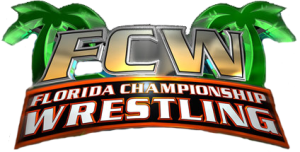 For those unaware, hopefully very few of you, Florida Championship Wrestling is WWE’s current developmental territory. Young wrestlers come and go, all trying to achieve main WWE roster status; most failing. While not very many stars have come from FCW, that certainly isn’t a reason to pass the roster up, as there are quite a few young talents with tremendous potential. Now…I introduce you to seven of them.

Bo Rotundo comes from a wrestling family. His father is Mike “IRS” Rotundo, his grandfather is Blackjack        Mulligan, uncles Barry and Kendall Windham, and his brother you now as Husky Harris.

Rotundo was signed to a WWE developmental contract in 2008. He has been the FCW World Champion twice, and  currently holds the title. Along with his brother, he has also held the tag titles. In 2010, Pro Wrestling Illustrated  ranked him #324 in their Top 500 listing. He’s also had one RAW dark match, in which he won.

Bo seemingly has a bright future ahead of him. Besides his lineage, he has an amateur wrestling, and football,  background, so  athleticism is not an issue. Rotundo brings  an aggressive in-ring style to the table…err, ring. At  6’1″ and 225 lbs. I wouldn’t worry about his size wants he makes it onto WWE’s main-roster.

Another talent with a wrestling lineage, Richie Steamboat, the son of WWE Hall of Famer,Ricky “The Dragon”  Steamboat. Richie has trained with Harley Race at his wrestling academy, and has also trained in Japan at Pro Wrestling Noah’s Dojo. He’s also competed in WWC in Puerto Rico, as well as ASW in England.

In 2009, he signed with WWE, and debuted in FCW in early 2010. Thus far, his biggest achievement in FCW is capturing the tag team titles, alongside Seth Rollins, from Titus O’Neil and Damien Sandow.

Being 24, and having great international wrestling experience, to go along with the last name Steamboat…well, do I really need to go on about this guy’s future?

Seth Rollins is better known by the name Tyler Black. Yes, the Tyler Black from Ring of Honor, and multiple other  promotions. In ROH, he’s been the World Champion, a two time Tag Team Champion, and a Survival of the Fittest  winner. In 2009, Pro Wrestling Illustrated ranked him #17 on their Top 500 lists.

Black signed a WWE contract in 2009, and is now Seth Rollins in FCW. In his short time so far in FCW, he’s  become a two time champion. Rollins defeated Hunico in the Jack Brisco Classic Tournament to become the first  FCW 15 Champion, and a month later won the FCW Tag Team Championships with Richie Steamboat. 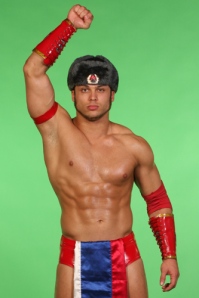 I know Peter Orlov as Alex Koslov from the AAA promotion in Mexico. He also worked for rival promotion CMLL, and has had a couple brief appearances with TNA, during their World X Cup series, and has competed some in ROH. Pro Wrestling Illustrated ranked him #145 on their Top 500 list in 2009.

In August of 2010, Koslov, under the name Carlos Sanshez faced Alberto del Rio on an episode of Smackdown, in which he was defeated. Shortly after, it was announced that he had signed a developmental contract with WWE, and headed to FCW.

With a unique style stemming from training in Japanese dojos and working in Mexico, as well as being trilingual, Orlov has great potential for a bright future with WWE (you know how they love international talents). The only thing that I could see holding him back, at least some, would have to be his size, as he’s only 5’7″ and 187 lbs. 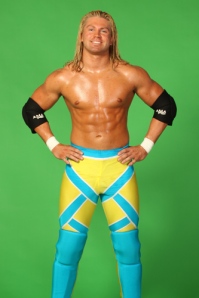 Ok, I’ll be honest here: I don’t know hardly anything about Mr. Dalton. What I do know, though, matters a lot.

Like I said, I really don’t know anything about this guy, however, skimming over the FCW website, he stood out to  me for some reason. Which, is great for him. Standing out in the vast and complexed world of professional  wrestling is the difference between “making it” and the opposite.

After he caught my eye, I did a bit of research on Mike Dalton. Turns out, he’s gone under the name Mattias Wild,  who I have somewhat heard of. The most important thing about that, is that it means he was trained by none other  than Lance Storm, at his much accredited Storm Wrestling Academy. So, Dalton has a good look, has excellent  training behind him, and some independent wrestling experience. That’s why we should all know and keep an eye on this guy.

Briley Pierce is the younger brother of current WWE United States Champion Dolph Ziggler. He only began his wrestling career in 2010,training in Ohio Valley Wrestling (former WWE developmental territory), but has already proven himself a breakout star. He won the promotion’s first ever Breakout competition, which got him into OVW’s advanced training program. Later that year, he was voted Rookie of the Year, and went on to hold the OVW Southern Tag Team Championship twice.

In May of this year, he signed a WWE developmental contract, less than a year after starting his career.Briley must have a good amount of charisma, as the book he wrote (yep, he’s written his own book) is titled,”I Can Make-Out With Any Girl Here”.

Going off his first year in wrestling, I’d say this guy has a ton of main-roster potential.

Dean is better known for his time spent on the Independents, as Jon Moxley. He’s wrestled for numerous wrestling  promotions, including: CHIKARA, Combat Zone Wrestling, Full Impact Pro, Evolve, and Dragon Gate USA. The  latter being where I first saw him.

Ambrose’s biggest asset is his promo ability, as he known for cutting excellent promos. Think modern-day Raven,  who he has been compared too. He also has good size (6’3″, 220 lbs.), which can be a “make or break” quality for  some with WWE.

So, good wrestler, with great mic skills, who has size on their side….yep, I’d say he has a good looking WWE future  ahead of him. Unless of course, they pull the “we didn’t make him” card, which would just be sad, and a missed  opportunity.

Now, you better know some great young talents who are currently in FCW. Hopefully, you get a chance to check them out, and hopefully they get a chance on WWE’s main-roster. I feel that just these seven here could really make an impact in the future. Speaking of the future, it looks awesome!

Thanks for Reading, Rate/Comment/All that Good Stuff

P.S: If this has some spacing issues, I’m so terribly sorry 😦

17 thoughts on “7 FCW Wrestlers You Should Know”