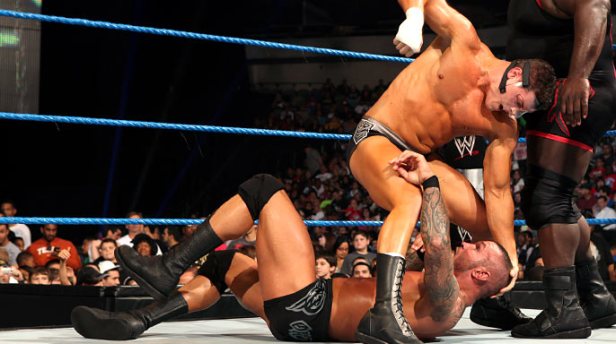 Certainly I’m going to talk about Cody Rhodes that’s what the title says, the guy currently is one of the best men that WWE currently employ there should be no doubt in that. The guy started as a bland face-sorry it has to said, He transformed over time and progressed and progressed and progressed also earned a few titles reigns and recently they made him get a waste of time with Drew McIntyre and it is a waste of time marks no one remembers the reign seriously but they fixed up nevertheless (thank you WWE). Moving at present we got the gimmick we got now is this “Undashing” Cody that wears that mask after getting injured by Rey back in WrestleMania time. It’s just an un generic characte for oncer that they built so well and its way better than ADR’s moreover the same old ADR promo’s because in Cody’s same promo’s (wear he comes in his suit, you get the picture) he seemed to have an actual point in all of them and I think he got himself over with the character, I might sound hypocritical because I talk about ADR and big him up to but his promo’s aint at the level of Cody and tosay I just wanted just say he must win this feud with Randy Orton…Why? well….

Simply because it helps the future, Cody Rhodes is climbing his ladder into the roof of main eventer’s moreover a top heel in the WWE. Also remember the guy is the IC champion! This will make him better than the title like he saidnumerous times: he would prove people wrong and it will make him reach the pinnacle that he has so long awaited himself to become WWE or WHC we all know this though no need to go deep in. Like he got the checklist: IMO which is Mic skills, In ring ability and that look. Orton is the only one currently on the SD roster that can make him go up so high so why not just make him win this week end? It will make a Shock Factor again this will help prove Cody’s point that he going to be the best IC champion ever. Remember what Orton did in help for Christian and Henry he made into complete dominant heels well not sooo dominant but somewhat. Cody Rhodes needs fire. The only fire he seemed to have is Rey in my opinion making him win quick this sunday makes him develop his story even more and perhaps just un masking himself and I think it would be cool if he then starts giving out things like open challenges and then lose it someone by mistake or something then start a feud with whoever the hell the current champion on his brand is. Orton doesn’t need to win the thing and if it is true then this can help him become a heel yes I know this is about Cody but a heel turn for Orton would be cool.

Verryyy Short post I know my its my return post and I’m being honest the only thing in my head right now is Cody and him winning this Sunday, seriously all the other matches just look to be for storyline advancers. I don’t know if this feud will end this week on Sunday but here I’m telling you that I want too. But I would love him to be top the guy simply deserves it man!