CM Punk: The most interesting thing in wrestling
By Ray ”The Funk” Rambler

Although the months behind us weren’t as great as anticipated after the adventurous Summer of Punk ordeal, one superstar, or should I say ‘wrestler’ has not failed yet to disappoint us. Him being indeed CM Punk. Let’s be blunt here, the last eight or so months haven’t been great, they’ve been reasonably greater in comparison oppose to the summer of 2011, though. I have really enjoyed the WWE in recent months but not to the standard pre 2008. If you’ve noticed, as a fan, watching the WWE, their is always at least one thing in specific keeping your eyes glued to your TV screen every Monday night on the USA network, or if you’re a UK resident, Sky Sports 3. For a long time, CM Punk was that one asset the WWE has whom kept me enlightened and interested to watch every week. Not only is CM Punk a superb wrestler, his ability on the MIC really can only be described as magnificent. Punk is also charismatic. CM Punk, in my opinion, is the perfect wrestler. What makes CM Punk so interesting? 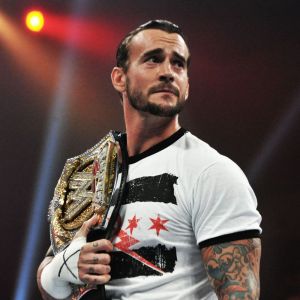 What gets me marking out for Punk is indeed his ”Pipe Bombs”. Remember the first time we’ve all heard Punk explaining that the microphone to him is not just a microphone, but it’s a pipe bomb. Just in case you’ve forgot, here’s the first mentioning of ”Pipe Bomb”.

“It’s funny to me that Vince is bending over backwards to give me everything I’ve ever wanted, and the reason that’s funny is because all I’ve ever really wanted is this little microphone. See, this, this is power. This voice…this is power. In anybody else’s hands, this is a microphone. In my hands, it’s a PIPE BOMB.”

Those ”Pipe Bombs” are just so bloody interesting. Punk releases one every couple of weeks, keeps them fresh and usually just before Pay-Per-Views, to hype it up so it’ll encourage us to purchase it, and guess what, it works!

Who does CM Punk remind you of when he’s holding his ”Pipe Bomb”? To me, the guy reminds me of Stone Cold. Ironically, CM Punk is the exact opposite of Stone Cold, but in fact, he’s the same. Iron is a fucked up really, so many different meanings and it’s there to confuse people. Anyway, back on topic. Like Stone Cold, CM Punk speaks what’s on his mind and doesn’t care what anyone else thinks, and also doesn’t care who he says what-to-who.

As you know, Punk did just that in his famous summer shoot promo. Fast forward to now, he’s a 2-time WWE Champion and a lot has changed. The whole direction of the company changed, Vince McMahon is off TV, for now anyway. John Laurinaitis is the GM of RAW. Triple H is the COO of the WWE, we’ve seen the début of a dinosaur, Sheamus winning the Royal Rumble. (P.S, fuck yeah! Proud Irish fan right here!!)

Any wrestler Punk has a match with, it seems legit and actually real. For instance, when Cena has a match with a mid carder it’s a squashing,  look at Swagger for example, now remember the match Punk had with Swagger? See what I mean. Punk makes himself look good in the ring, he also makes his opponent look interesting and capable of pulling off a great match too.

Punk has the ability to take the WWE Universe by storm and does exactly that. Punk continues to grow in popularity. CM Punk is somewhat of an inspiration to everyone. I myself have been inspired by him. I am as he is, Straight Edge. I may have an odd drink but you’d never see me make a fool of myself from drinking or anything. Punk also sends out the message, if you want something, go get it.

So this is why CM Punk never fails to amaze me week in, week out. This is why I look forward to RAW every week, Punk gives me one reason, a valuable one at that to watch it every week.

What do you think of CM punk? Is he the most interesting thing in wrestling today? Will Punk’s reign of stardom continue? Aren’t his Pipe Bombs just awesome? Let me know what YOU think.