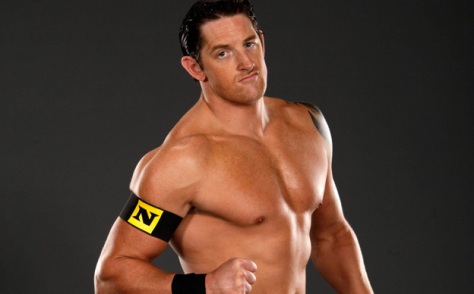 After chants of “We want Nexus! We want Nexus!” during Wade Barrett’s match against Justin Gabriel, WWE.com posted an article about the possibility of the Nexus returning to WWE. Would WWE bring Nexus back?

“WZ has learned from sources that WWE officials have spoken this week about the possibility of reforming the Nexus stable.

WWE was shocked to hear the Nexus chants last Monday during the match between Wade Barrett and Justin Gabriel. On Friday, one of the top stories on WWE.com was a story talking about if Wade Barrett would ever bring back Nexus.

A source said, “the only reason for putting up a top story on the website about a glorified squash match, is to hear more from the fans.” WWE wants to gauge the general opinion and memory of Nexus from the WWE Universe.

There are two main reasons WWE officials have given thought to bringing back the stable. The first being they feel it would provide another opportunity to have Barrett in a lead role and they will be very aggressive in showcasing him to look as strong as possible. The second reason is the Nexus name and brand sold a lot of merchandise the first time around.

As of now, the current plan is to hear if the chants continue as well as develop possible creative ideas IF they were to move forward with it.

There is no confirmation of the group coming back but as of this week the idea has been put on the table.”

This could be very interesting. I don’t think WWE should bring back the Nexus necessarily. I think a Nexus Part 2 could do very well. Wade Barrett, Otunga, Ryback, Gabriel and Slater could go somewhere. It doesn’t seem like that group would happen though. Gabriel is in a tag team with Kidd, Slater is starting a “band,” Ryback is heading towards being a top face and Otunga seems to be associated with Del Rio recently. Therefore, realistically, I don’t see the Nexus coming back.

What do you think? Should WWE bring the Nexus back? What would the group look like?

Seth Guttenplan is the writer and editor of GuTTWrenchPowerBlog, a brand new WWE blog. Seth also writes for CamelClutchBlog.com and WrestleEnigma.com. Seth is also the host of Smackdown Rundown, a weekly prodcast through ProWrestlingPowerhouse Radio. When Seth is not writing about wrestling, he is a Special Education teacher in New Jersey. To read more from Seth, follow him on twitter (@sethgutt) and visit http://guttwrenchpowerblog.com

Thanks for reading here on WrestlingRambles.com. We want YOUR opinion on our columns and here’s an easy guide on how-to comment. Be sure to stay connected with us by following us on Twitter and by ”Liking” us on Facebook.Happy Rambling!

19 thoughts on “WWE Is Considering Bringing The Nexus Back?”