Erik Koch- He has been pro since 2007. With seven wins by submission and three by knockout. He is 24 years old and is from Cedar Rapids, IA and fights out of Milwaukee, WI USA. He is equipped with power, striking, and toughness. He was at one point set to face the featherweight champion Jose Aldo. However due to some injuries the fight never happened.

Ricardo Lamas- He has been pro since 2008. He has 3 knockout wins and three submission victories. He has won 6 of his last 7 fights. He is from Chicago and fights out of there too. Meaning he is in home territory. He is 30 years old. And equipped with explosiveness and power.

The fight-Erik’s strengths are in his striking and his submissions. Ricardo’s strengths are in his submissions and take downs. This fight will likely determine the #1 contender. Koch is on a four-fight win streak, but has been away from the Octagon since September of 2011.  Lamas has put together three straight wins and continues to look better and better as he flies under the radar of most. This will change with a win on Saturday.

My Prediction- Koch Via Decision

Anthony Pettis-He has won 6 of his last 7 bouts. With 5 wins by knockout and 5 by submission. His motivation comes from his father who was killed when Anthony was 16. He has a win in WEC against the current UFC Lightweight champion. He is known from being on an episode of MTV show World Of Jenks however he is most known for his famous “Showtime Kick”.  He is equipped with excellent stand-up and a strong ground game.

Donald Cerrone- He has been pro since 2006. With 13 wins by submission and only 2 by knockout. He is coming off a 1st round KO win against Melvin Guillard. He is equipped with great striking. Also coming from WEC he faced the current lightweight champion 2 times in WEC and lost both times.  He has won multiple fight of the night,KO of the night, and submission of the night honors in WEC and UFC.

The Story- This fight came about when Donald Cerrone claimed he has tried to fight Anthony for a while but Anthony kept “ducking” the fight. Anthony did not take well to that. And now we get the fight to see who is better. And wether Anthony was really “Scared” of the Cowboy. Donald’s thoughts on Anthony-Just show up, please. Whereas Anthony’s thoughts on Donald- I think he is a very good fighter and he is dangerous. I feel I am the superior martial artist and I have the advantage on the feet.

The fight-This fight is most likely to be fight of the night. Anthony having the better striking and overall ground game. Donald has the better wrestling. This is a major fight and should be good no matter what. Neither will back down to prove their talk.

My Prediction- Anthony Pettis Via KO

Rampage Jackson-Known for his striking and power. He got his start in japan company Pride. Where he quickly became a fan favorite with knockout power and “The power bomb.” He has made the comment that this is his last fight in the UFC and he wants to end on a good note. He is coming off of 2 losses. 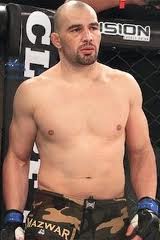 Glover Teixeira- He has been pro since 2002. His last loss was in 2005. 12 wins by knockout and 5 by submission. He has finished 7 fights in a row. He is trained by/works with UFC legend Chuck Liddell. He is equipped with good striking and jiu-jitsu.

The fight-frustrated Rampage has dropped his last two fights in the UFC. UFC Light Heavyweight Champion Jon Jones choked out Rampage, and Ryan Bader bested him on the judges’ scorecards. Teixeira has been ruthless in his two trips inside the UFC Octagon. If the fight stays on their feet Rampage has an advantage however not a huge one as Teixeira is a great striker too. If the fight goes to the ground then the fight will be Teixeira’s for sure.

My Prediction- Teixeira Via TKO 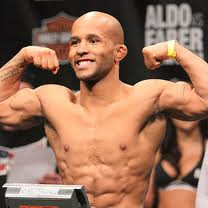 Demetrious Johnson- Is the current/first Flyweight champion. On a 3 win streak. He has 5 wins by submission and 2 by knockout. He is 26 years old. He is equipped with speed, conditioning, and good technique. His thoughts on Dodson- He is a great athlete and I can’t wait to get in there and mix it up with him.

John Dodson- He has been pro since 2004. And is on a 6 win streak. He was a Team Miller member on TUF 14. He is equipped with speed, fast hands and feet, explosive. His thoughts on Johnson-He is a cool dude and someone that I’ve wanted to fight for a long time. This is gonna be a fast-paced fight, and try not to blink cause then you’ll miss something.

The Fight- This is a title fight. Johnson took care of business in the flyweight tournament. Dodson won The Ultimate Fighter and then dropped to flyweight. This will be an interesting fight. Johnson will need to try to mix up his striking and wrestling. Whereas Dodson needs to get Johnson on his back. Both fighters are quick this will be a great fight.

My Prediction- Dodson Via KO

Please share you predictions/thoughts/ideas/afterthoughts before and after the event.