Last week on Monday Night Raw, we witnessed multiple feuds start to take form that look to develop over the course of the next few months. The summer season is always a hot one (no pun intended) in professional wrestling, with this year being no exception.

From the emergence of The Nexus to CM Punk’s riveting rant promo, it seems as if the most controversial story-lines go down during this time of the year. However, this upcoming summer season differs from years past, as there are a number of intriguing angles to keep fans tuning into the flagship show each week.

Before you start planning your summer vacation or inviting people over for a Fourth of July bash, check out these 10 scintillating storylines that will make you rethink missing out on watching wrestling in coming months.

After a lackluster feud between John Cena and Ryback over the WWE Championship, fans begged for something new. In all honesty, the WWE Championship picture hasn’t been interesting since CM Punk lost it at the Royal Rumble event earlier this year, so Cena’s reign thus far has been rather uninspiring.

One night from the inaugural WWE Payback pay-per-view, Cena declared how he has been able to overcome every obstacle over the course of his career. His tiresome promo was interrupted by a returning Mark Henry, who declared via Twitter that he would be retiring that night on Raw.

In what was the single most greatest promo in his career, Henry hoodwinked the entire WWE Universe by faking his retirement and clobbering Cena with a World’s Strongest Slam. They’re set the clash for the prestigious prize at the Money in the Bank event, a match that I am very much looking forward to.

Will 2013 be the year that Henry finally captures WWE title gold?

The history between Kaitlyn and AJ Lee dates back all the way to NXT Season 3, where both lovely ladies were competitors on the show. Although Kaitlyn ultimately won the competition, she maintained her friendship with AJ, who was also signed to the SmackDown brand six months later.

Once AJ’s mental state started to deteriorate in April 2012, her friendship with Kaitlyn fell through the cracks and the Chickbusters were no more. They crossed paths numerous times over the next year, but it wasn’t until just recently that the Divas Champion was thrown into the equation.

At WWE Payback, AJ defeated Kaitlyn to capture his first Divas Championship. They had one of the best Divas matches in recent memory, which left this viewer aching for more going forward.

Their feud is far from over, as Kaitlyn went berserk on AJ the next night on Raw. Can their rematch be just as great as their initial encounter if not better? 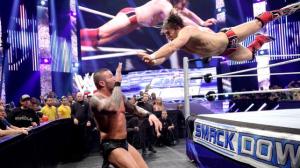 Since dropping the WWE Tag Team Championship to The Shield at last month’s Extreme Rules event, Daniel Bryan has shown true potential as a singles star. He’s displayed aggressive antics during his matches and there is no doubt in my mind that he is destined for greatness.

The only thing standing between him and a shot at the WWE Championship, however, is Randy Orton.

The destructive duo unsuccessfully challenged Seth Rollins and Roman Reigns for the WWE Tag Team titles at WWE Payback and haven’t been on the same page since. They faced one another on Raw and SmackDown, respectively, last week, with each individual getting one win apiece.

Their rubber match took place this past week on Raw, where Bryan forced The Viper to submit to his lethal No Lock submission hold. With both Superstars currently babyface, how long will it be before one of them snaps and turns their back on the WWE Universe? 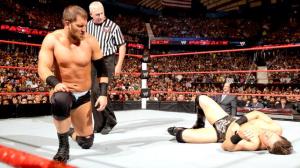 In one month’s time, Curtis Axel went from being a forgotten enhancement talent competing on WWE Superstars to being the new Intercontinental Champion. This occurred at last Sunday’s WWE Payback, where Axel defeated The Miz and Wade Barrett in a Triple Threat to capture the gold.

On last week’s edition of SmackDown, Axel successfully defended his newly won title against former champion Wade Barrett. Miz declared on commentary that he believes he is next in line for a shot at the prestigious prize, which I assume is coming his way sooner rather than later.

We haven’t seen Axel and Miz clash in singles action since 2010 (this was when Axel was still under the Michael McGillicutty name), so their inevitable encounter will feel fresh and has the potential to be an instant classic. Not only that, but the pending promos between Miz and Axel’s manager Paul Heyman could also make this feud worth watching out for.

At WWE Payback, it was announced that Rob Van Dam will be making his highly anticipated return to WWE at next month’s Money in the Bank event. This will mark the first time that RVD has appeared in a WWE ring since the 2009 Royal Rumble match.

It was announced this week on Raw that RVD will be one of the seven participants in the WWE Championship Money in the Bank match. I, personally, don’t see him winning the briefcase, but it is possible that his first feud since returning will kick off at the event.

From CM Punk to Daniel Bryan, the possibilities are endless as to who he can face now that he’s come back to the company. Look for him to be featured at SummerSlam in August as well in some capacity.

The best part about Rob Van Dam returning to WWE? He’ll be around for this summer and beyond, giving fans a lot to look forward to.

The Shield vs. The Brothers of Destruction

The night after WrestleMania 29, The Shield made a beeline for the ring and almost attacked The Undertaker before Team Hell No showed up to make the save. This led to a six-man tag team match on Raw in England a few weeks later, which was won by The Shield.

On the subsequent edition of SmackDown, Undertaker wrestled his first match on SmackDown in nearly three years against Dean Ambrose. Although ‘Taker scored the victory, he was left lying after being put through a commentating table at ringside by the rogue trio.

Rumors ran rampant shortly thereafter that The Deadman would be returning to action at SummerSlam to reunite with Kane to face The Shield. They have continued to make Kane’s life as miserable as possible in recent months, so Kane reforming The Brothers of Destruction with Undertaker would only make sense.

Could you imagine The Brothers of Destruction returning to contend for the WWE Tag Team Championships at the biggest blockbuster of the summer? Truly epic. 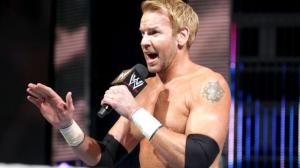 After 10 long months, Christian made his highly anticipated return to WWE one night removed from the WWE Payback pay-per-view. With a pair of victories over Wade Barrett and Drew McIntyre on last week’s Raw and SmackDown, respectively, last week, Christian declared that he is now once again focused on getting his “one more match” for the World Heavyweight Championship.

Christian hasn’t received a shot at the golden prize since September 2011, where he lost a Steel Cage match to then-World Champion Randy Orton. With a familiar foe in Alberto Del Rio currently holding the title, what is stopping Captain Charisma from winning back what is rightfully his at some point this summer?

It was also announced this week on Raw that Christian will be participating in the WWE Championship Money in the Bank match next month. Will that be Christian’s one way ticket to getting gold back around his waist?

Going into WWE Payback, I found the feud between Dolph Ziggler and Alberto Del Rio over the World Heavyweight Championship to be rather boring and uninspiring. They always delivered in the ring, but the story itself was stagnant and I couldn’t have cared less about it.

At the event, both competitors executed a picture perfect double turn, something that hasn’t been done in well over a decade. Since then, Del Rio’s reign as World Heavyweight Champion has been much more interesting and Ziggler has managed to flourish as a babyface as well.

The two are on a collision course heading into the Money in the Bank pay-per-view, where Ziggler will invoke his rematch clause for the prestigious prize against Del Rio. Will the bleached-blonde Superstar reclaim the gold, or will his recent head trauma once again prove to be an obstacle?

Money in the Bank Ladder Matches 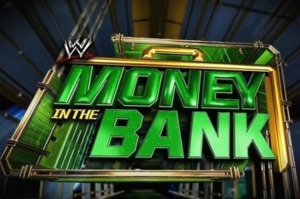 Since its inception in 2010, the Money in the Bank pay-per-view has been one to watch. The event features exciting action, suspenseful story-lines and monumental moments every year, and I have a feeling that this year’s installment will be no different.

What’s more fun than that?

Every year since 2008, at least one Money in the Bank winner has cashed in their briefcase during the summer season to become a World Champion. With two MITB briefcase holders, it’s hard to argue that this year will any different, so it’s quite possible that we might see a cash-in at some point in the next two months.

From the moment Brock Lesnar shockingly returned to WWE the night after WrestleMania 28, a feud between he and CM Punk was one that instantly wanted to see. If you can recall, Punk referenced Lesnar during his initial “pipebomb” promo on June 27, 2011, let alone the fact that they are both “Paul Heyman guys”.

After making his long awaited return to the ring the night before at WWE Payback, Punk was ambushed by Lesnar at the conclusion of last week’s Raw. This forced Punk to confront Heyman on this week’s show, where Heyman stated he had no knowledge of Lesnar being in the building.

That segment was incredibly intriguing and was undoubtedly the highlight of the night. Not only will the pending promos between the two deliver, but I’m sure that the inevitable dream match with the Voice of the Voiceless taking on The Anomaly will be fantastic as well.

If this feud or any of the aforementioned storylines are any indication, then we’re certainly in for one of the hottest (literally and figuratively) summers in recent WWE history.

7 thoughts on “WWE: 10 Storylines to Look Forward to This Summer”