At WWE Payback last month, Alberto Del Rio resorted to dirty tactics by relentlessly kicking Dolph Ziggler in the skull. After one final blow to the head, Del Rio scored the three count and his second World Heavyweight Championship.

Del Rio’s shocking heel turn opened the doors for a number of fresh feuds for the Mexican aristocrat to take part in. If Del Rio leaves Money in the Bank with his title intact, which of these seven Superstars would you like to see challenge for the World Heavyweight Championship down the line?

One night removed from WrestleMania 29, Dolph Ziggler cashed in his Money in the Bank briefcase and won the World Heavyweight Championship from Alberto Del Rio. Unfortunately, his reign was short lived, as he dropped the strap back to Del Rio at the inaugural WWE Payback pay-per-view.

Once their match concluded, Del Rio reverted back to his heel persona while Ziggler turned babyface for the first time in his career. Both heated rivals are on a collision course towards Money in the Bank, where the bleached blonde Superstar will his invoke his automatic rematch clause against Del Rio.

If Ziggler comes up short of regaining the gold, who knows if he’ll ever get another title shot? I certainly hope so, however, as Ziggler can make for a great World Heavyweight Champion if booked correctly.

Del Rio and Jericho met once again three days later on Raw, but Y2J picked up the win via disqualification following an ambush from Ricardo Rodriguez. Instead of being placed in contention for the world title at Money in the Bank, it was announced by Vickie Guerrero that Jericho will be facing Ryback at the pay-per-view instead.

Recent reports have indicated that Jericho will once apart be departing the company following Money in the Bank, which may mean the chances of Jericho contending for a world title any time soon are slim to none. However, I hope to see Y2J wear championship gold at least one more time before he hangs up his boots for good. 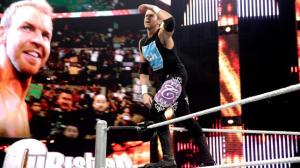 Christian has been on an absolute roll since returning to the ring last month. He paired up with The Usos two weeks ago to give The Shield their second ever defeat in six-man tag team action and delivered an instant classic with Randy Orton last week on SmackDown.

Captain Charisma has made it quite clear in recent weeks that he is still fully focused on getting his “one more match” for the World Heavyweight Championship. If he comes up short of winning the All-Stars Money in the Bank Ladder match next Sunday, why not have him set his sights on the gold around Alberto Del Rio’s waist?

Remember, Del Rio was the Superstar that Christian defeated at 2011’s Extreme Rules event to capture his first world title. Their feud dates back to late 2010 when the Mexican aristocrat put Christian out of action, which can be touched upon if they were to rekindle their ruthless rivalry. 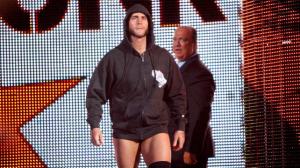 Prior to their most recent confrontation on SmackDown, CM Punk and Alberto Del Rio last crossed paths in the final few months of 2011. It was at that year’s Survivor Series event that Punk defeated Del Rio to win his second WWE Championship, a reign that would last for a record-setting 434 days.

Their last two matches on Raw and SmackDown, respectively, stole the show and solidified that the two are simply incapable of having a bad match together. Del Rio hasn’t defeated The Straightedge Superstar in a one-on-one matchup since SummerSlam 2011, where the Latino competitor cashed in his Money in the Bank briefcase to win the WWE title.

That being said, Del Rio would have something to prove if Punk were to challenge him for his golden prize. After Punk’s feud with Brock Lesnar concludes, should we expect him to set his sights on the World Heavyweight Championship shortly thereafter?

Following a five month reign as WWE Champion, The Miz was relegated to the mid-card, where he has been floundering ever since. Sure, he’s won two Intercontinental Championships in the last two years, but both reigns were lackluster and failed to get Miz back on the map.

He took a brief hiatus from WWE after WrestleMania 29 to film a new Christmas movie for ABC Family. Upon his return to the ring in May, Miz stated that he plans on winning another world championship at some point in the foreseeable future.

I could most definitely see Miz flourish on the SmackDown side, where he can chase Alberto Del Rio for the World Heavyweight Champion. The two have yet to have to clash in singles competition, so the match would feel fresh and would be unprecedented.

However, the key is building The Awesome One back up to prominence. He hasn’t meant much over the course of 2013, but there’s a strong chance that can change if he were in contention for Del Rio’s prestigious prize.

From last September to May 2013, Team Hell No dominated the tag team ranks as WWE Tag Team Champions. As entertaining as his paring with Kane was, it was only a matter of time before Daniel Bryan flew solo and broke off into singles competition.

The recent reactions Bryan has been getting are exactly why he should be in contention for a top-tier championship. If WWE can resist turning him heel, I think they have a real money making Superstar in The American Dragon.

Most people would like to see Bryan challenge John Cena for the WWE Championship at SummerSlam, but I have a bad feeling that won’t end well for the former NXT Rookie. I don’t see Bryan winning the WWE title from Cena as a fan favorite, so I would rather see Bryan take on someone he has a better chance of beating in Alberto Del Rio.

Del Rio and Bryan have had a handful of fun matches over the years, but never a full-fledged rivalry. Throw in the fact they both have lethal submission holds in their repertoire and you have yourself an exciting clash over the World Heavyweight Championship.

Aside from a brief appearance in the 2009 Royal Rumble match, Rob Van Dam hasn’t competed in a WWE ring in nearly six years. He’ll be making his long awaited return to the company next Sunday at the Money in the Bank event in the All-Stars Money in the Bank Ladder match.

I fully expect RVD to have a role similar to Chris Jericho upon his return in the sense that he’ll be working most of the televised tapings and pay-per-views. That being said, it wouldn’t be out of the ordinary for him to be in contention for one of WWE’s most prestigious prizes.

He and Alberto Del Rio have never before clashed in the squared circle, but I’m sure their eventual encounter would be nothing short of excellence. If RVD were to capture the world title, he would join an elite group of individuals who have held the WWE Championship, ECW Championship, and World Heavyweight Championship.

Likewise, a win over the one-of-a-kind competitor could give Del Rio an immense amount of credibility as champion. RVD could be a valuable asset to the blue brand and help make the title picture exciting once again.

Whether it be Rob Van Dam, CM Punk or any of the other aforementioned Superstars, there is a long list of worthy contenders that are anxious to take the title off the waist of Alberto Del Rio. Who would you like to see challenge Del Rio for the World Heavyweight Championship in coming months?