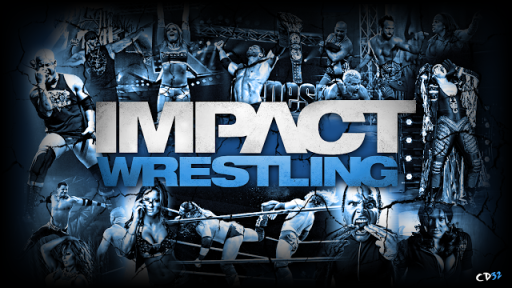 TNA’s prospects lately haven’t been that bright, it seems. Ratings have been steadily dropping all year, pay per view buyrates have been down, lots of people have been released and to top it all off, if the rumors are right, some people haven’t even been paid for the last few weeks. People are quick to jump to say that TNA is doomed and they only have a few months to live. But let’s look at this critically: TNA’s always done at least a 1.0 in the ratings and probably will until the end of time. Just like how WWE hovers around a 3.0 every week, one million people will at least tune into Impact Wrestling to see what’s going on. Even on the 4th of July TNA’s ratings didn’t fall that badly like many were expecting. Somehow, people still found time in between attempting to blow up their house to watch IMPACT WRESTLING. Yes.

It’s not looking that rosy for TNA, but they’ll be fine in terms of staying afloat. The one thing they have almost any other major promotion is the two hour time slot they have on Spike. That network and their money will keep them afloat for many years to come- hell, that’s why they didn’t go under in 2005 when the deal with Fox Sports ended- somehow they managed to get a Saturday night time slot on Spike and were able to get good enough ratings to get moved to Thursday. As long as Spike has the interest to keep them going (and they do- not only do they like Hulk Hogan but getting a 1.0 is above the average Spike rating), TNA isn’t going to die in a blaze of apathy like everyone wants it to.

I don’t really want to see TNA die, anyway. Lots of people would be without jobs. Some could go to independents, and maybe a few could even end up going to WWE or go overseas. But many would still be unemployed, and who really wishes that on anyone? A lot of jaded wrestling fans want to wish death upon TNA because TNA has represented years of terrible booking, matches, wrestlers, missed oppertunities and so much more. Yes, TNA deserves a whole lot of the blame for their own ineptitude. But even if TNA cleaned up its act and presented wrestling for hardcore fans, it’s not like the ratings would go up that much. TNA’s improved dramatically since Russo left last year but it hasn’t seemed like there’s any difference in the ratings- in fact, they’ve gone down, as I mentioned before. Perhaps, in 2013, people just aren’t interested in pro wrestling. Ratings have been down in WWE too. Maybe it’s not that TNA’s is on it’s deathbead or whatever, but rather we’re just seeing the end result of a cold product putting out cold content to the few that still watch pro wrestling on a weekly basis.

And that’s the best way to describe TNA’s weekly content- cold, uninspiring even. Impact Wrestling on most weeks is fine. Nothing really good, nothing completely terrible, and maybe sometimes one or two things that are either stupid or don’t make any sense in the least bit. But in the end, the television show doesn’t make you any interested in their PPVs. Bound for Glory’s two biggest stars are going to be Sting and Hulk Hogan, both who are over 50 and don’t move as well as they used to, especially Hulk Hogan who will probably be in a wheelchair ten years from now. I’m guessing TNA still feels that, despite everything in the whole entire universe telling them otherwise, by having Sting and Hulk Hogan, who were both aging stars back in 1997 when they headlined one of the biggest Starrcades of all time as your top stars and the focus of your shows, you can’t go wrong. A bigger problem is the lack of new main event acts. People like Bobby Roode, Austin Aries and James Storm, who are all in their 30s, have had the big push, then had their push set back for whatever reason. People like AJ Styles and Samoa Joe, who used to be stars of the promotion, have had their gimmicks changed so many time I really don’t think people care too much anymore. This year they’ve been trying to push Magnus as the next big thing. But when you look at Magnus, do you really see him as this big star that’s going to pull TNA out of the doldrums? It seems pretty doubtful on my end.

So no, TNA’s not going to die. They have money issues, but with the recent talent releases I think they’ll be fine. They’ll stay afloat just like they’ve always have for the last eleven years. It’s astonishing a promotion with so many mistakes and ineptitude managed to stay afloat for this long, but that’s the power of a national television time slot for you- if you have one you’ll be fine, if not you’re in trouble. Just don’t expect any growth anytime soon, especially with this underwhelming product. Bound for Glory is supposed to be TNA’s answer to Wrestlemania. Name me one match in the entire history of Bound for Glory that, just once, felt like an actual Wrestlemania match.