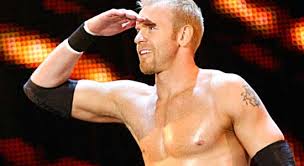 Christian ages like a fine wine. He started off rambunctious and totally-awesome-dude as a member of E&C, then developed a more rounded persona as a temper tantrum-prone crybaby when he split off from Edge, turned into a Creepy Little Bastard, gained Peeps, went to TNA, came back, had a great feud with Randy Orton then…well, not much actually. He’s still pretty over with the audience, but aside from a TV mini-feud with The Shield, he’s not seen any meaningful storylines in a while. Plus, he’s not getting any younger. He’s probably at the peak of his career wrestling-wise, but maybe it’s time WWE start looking for the next Captain Charisma.

The former El Generico recently arrived in NXT, sans mask and under the new name of Sami Zayn. Possessing potentially the largest and most athletic moveset in the wrestling world today, he combines supreme technical ability with inhuman athleticism. Internet fans might want to look away, but Sami Zayn probably won’t be a big star in WWE. Without his mask, his gimmick is vague and his charisma is questionable, and WWE definitely wouldn’t be able to pull off his El Generico gimmick well. Zayn is best suited for a role like Christian; solid, dependable, capable of putting on amazing matches when called upon, but never demanding of a top billing on the card. That’s not to say he’s average though; Sami Zayn is one of the greatest wrestlers on the payroll, but in WWE, he’ll need more than that to rise above the upper midcard.

Rob Van Dam, on a good day, can hold the crowd in the palm of his hand. He can make them chant his name over and over again, he can make them cheer his every roundhouse kick and twirly leg drop, and he can entertain the heck out of them. Rob Van Dam on a bad day, as evidenced by some of his later TNA matches, can make his matches hard to watch. He’s getting older, and while nostalgia may substitute for freshness with some fans, it’ll get harder to ignore the fact that RVD isn’t what he used to be.

Xavier Woods. Hear me out. He has all the hallmarks of a perfect future Mr Monday Night. Charisma on charisma on charisma? Check. Athleticism? Check. Cockiness? Check. Wrestling ability? Check. Given the right gimmick and the right push, Xavier Woods  could be the next big thing in WWE. He’s a former TNA Tag Champion as Consequences Creed, and although he’s spent an unusually long time in developmental (going on 3 years), I believe he’s been ready to debut for a long while. When the time does come for him to make that leap onto the main roster, look for him to make an immediate impact.

7 thoughts on “WWE Superstars and their Heir Apparents Pt 4”