In November 2011, Evan Bourne was suspended for 30 days after violating the WWE Wellness Policy for the first time. Although he was WWE Tag Team Champion at the time alongside Kofi Kingston, he was not stripped of the title before his month-long absence.

He wasn’t as fortunate two months later, however, when he was suspended for a second time, meaning he would be out of action for 60 days at the very least. He and Kingston dropped the straps to Primo and Epico at a live event on January 15 and failed to regain the gold the next night on Raw when they invoked their rematch clause.

Bourne has yet to resurface on WWE television, as he suffered a serious injury prior almost immediately after his suspension expired that March. He is currently close to making a full recovery and should be back on television relatively soon.

From 2008 to 2011, Bourne was highly underutilized as a singles competitor, but it wasn’t until he formed a tag team with Kingston that he really found his niche. Here, I will present five potential partners for Bourne upon his return to the ring.

The most obvious choice as a potential partner for Evan Bourne would have to be Kofi Kingston. Neither of them were doing anything of note during the summer of 2011, so they joined forces and quickly captured the WWE Tag Team Championships on the August 22 edition of Raw.

With successful title defenses against the likes of The New Nexus, Awesome Truth, Jack Swagger and Dolph Ziggler, and Primo and Epico, Kingston and Bourne were one of the most exciting tag teams in years. They coined themselves Air Boom, wore similar matching gear and even had their own entrance music as a tandem.

Had Bourne not been suspended (twice), Air Boom might have lasted longer than it did. The division died a slow death after they parted ways in early 2012 before being rejuvenated in the final few months of the year.

Kingston is also out with an injury with the moment, so returning with Bourne by his side could give both individuals something to do. They could chase the WWE Tag Team Championships once again and might make for fun challengers to The Shield. 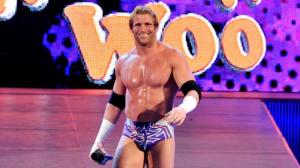 After debuting his Z! True Long Island Story series on YouTube in early 2011, Zack Ryder finally became a regular on Raw starting that summer. He chased Dolph Ziggler for the United States Championship in the latter half of the year and finally captured it at December’s WWE TLC event.

Unfortunately, his reign was short lived, as he dropped the strap to Jack Swagger a mere month later and has yet to recover. While he might not be shining in singles competition anymore, why not place him in the tag team division with Evan Bourne?

If you can recall, Ryder had a tag team partner in Curt Hawkins for nearly two years before parting ways in 2009. While Bourne and Ryder have had their respective issues with each other in the past, I’m sure they can put their differences aside and work as a cohesive unit.

Since the start of his WWE career in April 2011, Sin Cara hasn’t been able to make much of a name for himself in singles competition. As much as he’s improved over the last two years, Sin Cara is still directionless and unfortunately has nothing going for him at the moment.

He was involved in a partnership with Rey Mysterio in the latter half of 2012, but the two haven’t teamed together since February to Mysterio being out of action with an injury. Sin Cara provided some of the best work of his career during those tag matches with Mysterio, so pairing him up with someone like Evan Bourne could be exactly what he needs in order to become relevant again.

Bourne and Mysterio had one match against one another on the June 27 edition of Raw in 2011, which was won by the masked marvel. If you thought that match was enjoyable, imagine how awesome their bouts would be as a tag team. 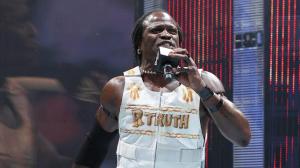 Similar to the aforementioned Superstars, R-Truth is another individual who works much better as a tag team competitor. Whether it be John Morrison, The Miz or Kofi Kingston, Truth has had a number of partners over the year who he’s worked well with.

Although he didn’t capture gold while with Morrison or Miz, Truth and Kingston were successful in winning the WWE Tag Team Championships last April. They reigned as champs for a whopping five months before dropping the straps to Team Hell No at Night of Champions.

However, Truth has been sparingly utilized on Raw over the last year. He was last seen on the July 15 edition of Raw, being the victim of a ruthless attack from The Wyatt Family.

If nothing else, Truth and Evan Bourne would a perfect pairing for one reason: their tag team name. I understand Truth isn’t crazy as he used to be, but “The Bourne Conspiracy” could be perhaps one of the best names for a tandem in years.

I don’t know what it was, but the first time I saw Justin Gabriel on NXT in February 2010, I had a strong feeling that they would be a great pairing. Maybe it’s the fact they look a little alike or how they have similar styles, but I still feel to this day that these two were destined to be tag team partners.

Gabriel has had his fair share of success in the tag team division, too. He and Heath Slater were WWE Tag Team Champions on three separate occasions from October 2010 to April 2011 and dominated the division for close to a year.

The Capetown Werewolf came close to regaining the gold late last year with Tyson Kidd, but Kidd suffered a serious injury at the start of 2013, leaving Gabriel to fend for himself. Placing him in a tag team with Bourne, however, could help rejuvenate both Superstars’ careers and bring excitement back to the division.

Plus, who wouldn’t want to see both a 450 Splash and Shooting Star Press executed in the same match?

10 thoughts on “WWE: 5 Potential Partners for a Returning Evan Bourne”