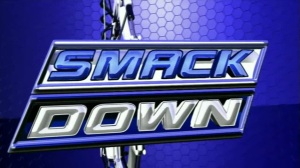 Hi guys, I’m here with a review of this week’s Smackdown and I’d like to start by thanking my Sky+ box for allowing me to record Smackdown and fast forward through the ads and all the Raw recaps. Matches and segments will be rated out of 5. 1= poor, 2= decent, 3= good, 4= very good and 5= great. It is as simple as that. Ok then, let’s get started.

We start this week’s Smackdown with the worst World Heavyweight Champion in history Alberto Del Rio. ADR starts by burying the crowd, just like all his promos. ADR thanks Vickie Guerrero for allowing him to choose his opponent for SummerSlam. He goes on to say that John Cena wasted his pick. ADR starts naming wrestlers like Brock Lesnar and Booker T who could be his opponent but in the end names Ricardo Rodriquez as his opponent (what a heelish thing to do). Out comes Vickie Guerrero and she says that ADR has disrespected her and that she expected more from ADR (I don’t expect anything from ADR, he’s awful). ADR says he can pick someone else like the Brooklyn Brawler. Vickie announces a triple threat number 1 contender’s match. Out comes Rob Van Dam, Christian and Randy Orton and they’ll have the match later on.

Zeb Colter tries to cut his usual racist promo but is interrupted by Cody Rhodes taking a cheap shot at Swagger before the match (what an un-face like thing to do). Rhodes dominated the match early on but Swagger takes control with a powerslam. Swagger gets a couple of near falls with a clothesline and the Swagger Bomb. Swagger goes for the Gut Wrench Powerbomb but Rhodes counters into a roll up to pick up the win.

Cody Rhodes is backstage with Josh Matthews. Josh asks him about what happened last week and why did he throw Sandow’s briefcase in the Gulf of Mexico. Rhodes says he does not blame Sandow for what he did at Money in the Bank. He says he would have done the same thing but he has had enough of Sandow and the best part about Team Rhodes Scholars was Rhodes. Sandow then attacks Rhodes from behind before being pulled off by some stagehands.

Renee is backstage to interview Kaitlyn and Layla. Renee asks Kaitlyn what her strategy is for her match against AJ. Kaitlyn says that AJ got in her head but she is ready this time. Layla starts to speak, praising Kaitlyn. Layla has the most ridiculous accent ever but good job she’s hot so you can more or less ignore it.

ADR is backstage with Vickie Guerrero in her office. ADR says Vickie has gone back on her word that he could choose his opponent at SummerSlam. Vickie calls ADR immature (I’ve called him worse) for picking Ricardo Rodriquez and The Brooklyn Brawler. Vickie accuses of being afraid of competition. Brad Maddox comes out of nowhere and tells Vickie she made the right decision and tells ADR he will under his authority on Raw. ADR then storms out.

Punk dominates early on with a variety of strikes and stays in control as they head to the commercial break. When they comeback from commercial both men are outside the ring. Summer Rae (who was looking good as usual) distracts Punk, allowing Fandango to throw him into the steel steps. Punk manages to make it back in the ring before the count of 10. Fandango continues to dominate and gets a near fall after a kick to the back of Punk’s head. Punk eventually makes his comeback after Fandango misses a knee drop off the top rope. Punk hits some of his signature moves before Fandango gets a near fall after an inverted suplex. Fandango goes to the top rope but Punk cuts him off. Punk hits a suplex off the top rope before putting Fandango in the anaconda vice who then taps out.

Renee is backstage with RVD. She asks him how does he feel? He says he feels fantastic (I bet he does since he got out of TNA. Look at what it did to Kurt Angle, it drove him to drink) and on top of his game. Then Christian interrupts and says he deserves one more match (no he doesn’t). Orton interrupts and says he might just end up with both the WWE and World Heavyweight titles.

Kaitlyn overpowers AJ at the start of the match but AJ soon takes control by attacking Kaitlyn’s arm. AJ hits Kaitlyn with a couple of kicks before Kaitlyn begins to make her comeback after a poor dropkick. Both divas end up outside the ring. Kaitlyn looks like she is going to spear AJ against the barricade but Layla steps in the way and stops her (swerve). AJ then attacks Kaitlyn and gets her back in the ring. AJ then locks in the black widow and Kaitlyn eventually taps out. Layla and AJ then skip up the ramp, lol.

Before the match, ADR comes out with a mic in hand (nooooo!). He says he will be backstage watching the match and at SummerSlam one of them will tap out (pointless promo). The 3 men exchange strikes early on. RVD takes control by taking out both men. Christian hits a spear on RVD before they head to commercial. When they comeback from commercial, Christian and RVD are in the ring. Christian hits a tornado DDT on RVD and gets a near fall. Orton comes back into the match. Christian and Orton exchange moves. Christian heads to the top rope before Orton cuts him off. Orton hits Christian with a suplex off the top rope and gets a near fall. RVD comes back into the match and hits some of his signature moves on Orton and Christian. RVD gets a near fall on Orton after a split leg moonsault. Christian then sends both RVD and Orton to the outside. Christian takes out Orton and RVD takes out Christian. RVD heads back into the ring and hits a suicide dive and all 3 men lay there as they go to commercial. When they comeback from commercial Christian and Orton are in the ring. Both men exchange near falls. RVD takes out Orton and kicks Christian in the face and goes to the top rope and hits the 5 star frog splash but Orton breaks up the pin. Orton dominates RVD and hits RVD with a great scoop slam. He then hits Christian with a DDT. He hits RVD with an RKO and tries to RKO Christian but he counters it into a backslide and picks up the win. After the match, Christian and Orton shake hands and then RVD and Christian shake hands. Josh Matthews gets in the ring to interview Christian. He asks him how he feels but before he can answer he gets attacked by ADR. Smackdown goes off the air with ADR standing tall.

Overall I thought Smackdown was average this week apart from a couple of matches. I suggest you check out CM Punk v Fandango and the main event triple threat match.

Well that’s all for now. Please leave your comments below and unfortunately I won’t be able to review Smackdown next week because of my brother’s wedding and I’ll be hammered so I’ll be back in a couple of weeks with a review of Smackdown. You can follow me on twitter @JohnnyWhyte93 and the site @WrestlinRambles.